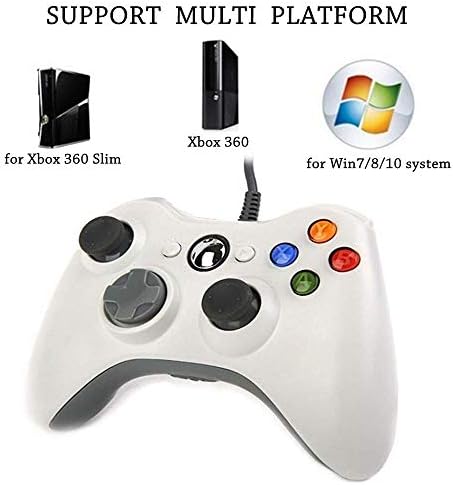 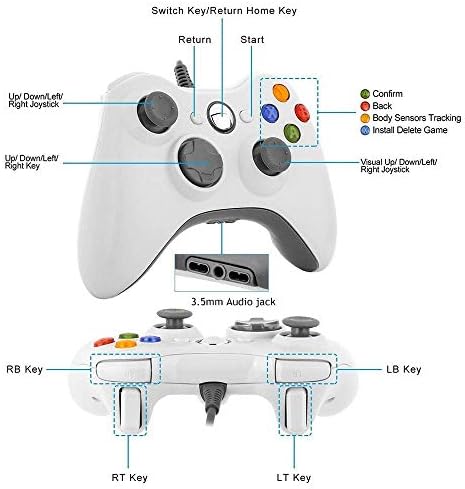 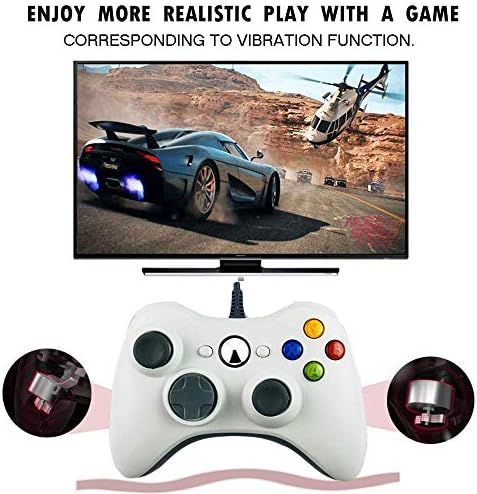 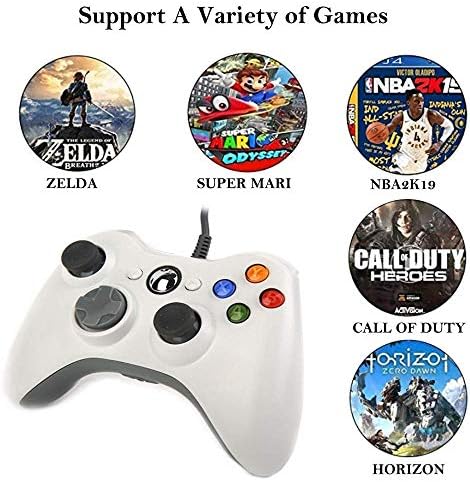 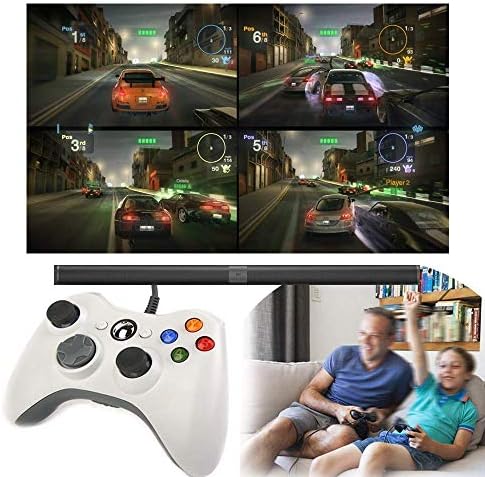 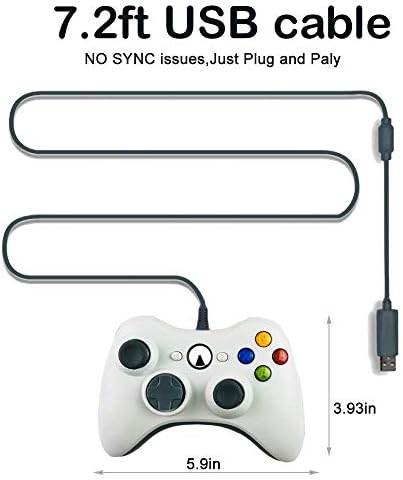 NOTE – This Xbox 360 wired controller is a third party product. System-Precision Wired Controller compatible with Xbox 360 and PC operating systems. NOTE: For PC operating, player need to install driver system.
PlUG AND PLAY – You just need to plug the wired Xbox 360 controller into the PC or Xbox 360. It can start to work as long as it is connected rather than long time waiting for receiving web signal.
MAXIMUM COMFORT – Enables maximum comfort and endless gameplay, new left and right shoulder buttons are designed for ease of use. Frosted face design possess skidproof feature.
VIBRATION FEEDBACK – This USB Xbox 360 controller makes your games more realistic that you will feel every crash, hit, explosion, and more with its dual vibration feedback motors (In supported games).
XBOX LIVE PLAY- Integrated headset jack possess the ability to record audio for Xbox 360 games to match your personal preference for Xbox Live play. They will bring you into a dreamy gaming scene.