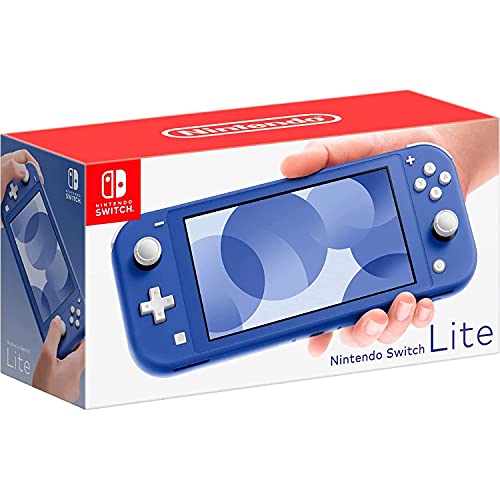 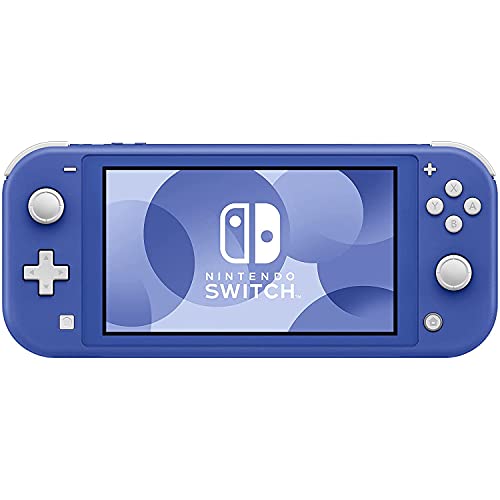 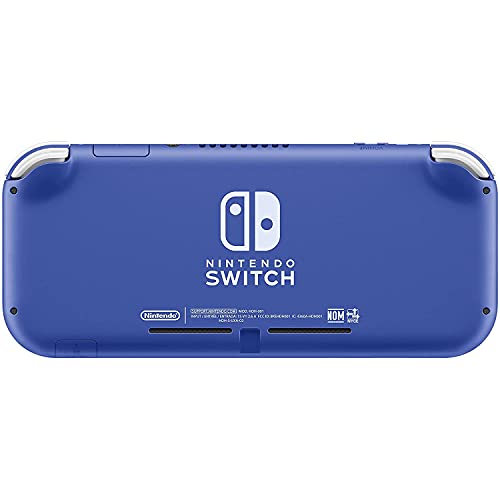 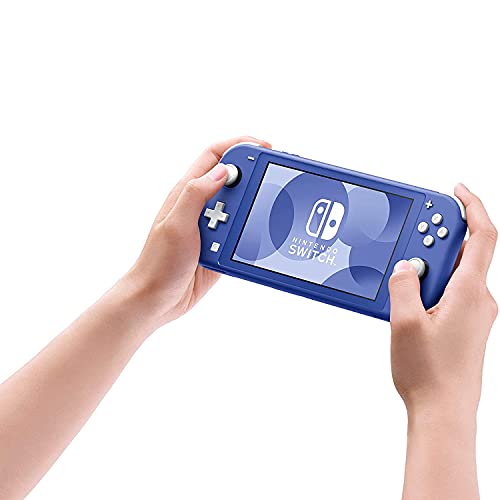 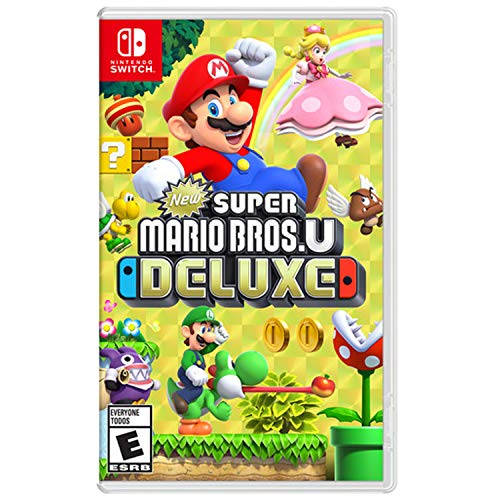 New Super Mario Bros. U Deluxe from Nintendo includes two games in one, for double the fun. It features simple, straightforward controls, new playable characters optimized for younger and less-experienced players, and a wealth of bonus content – like a Hints gallery and helpful reference videos for anyone looking to introduce their family to the wonderful world of Mario. All a player needs is one Joy-Con controller, so two people can team up right out of the box. Tackle 164 platforming courses in the two main game modes and enjoy extra replayability with three additional game modes: Challenges, Boost Rush, and Coin Battle in which you can also play as a Mii character.

The blue Nintendo Switch Lite has a 5.5-inch capacitive multi-touch screen with a resolution of 1280 x 720.
With a 3.5mm audio jack, you’ll be able to plug in a pair of headphones.
The Nintendo Switch Lite has 32GB of internal storage, a portion of which is reserved for use by the system, and has the option to expand its capacity using microSDXC or microSDHC memory cards.
New Super Mario Bros. U Deluxe: A variety of playable characters are available, some with unique attributes that affect gameplay and platforming physics.