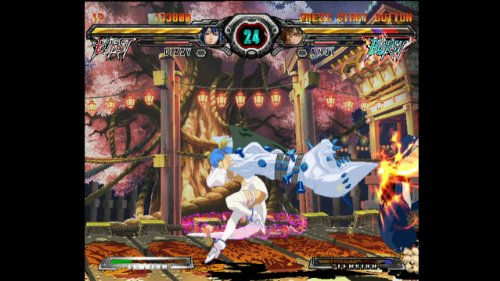 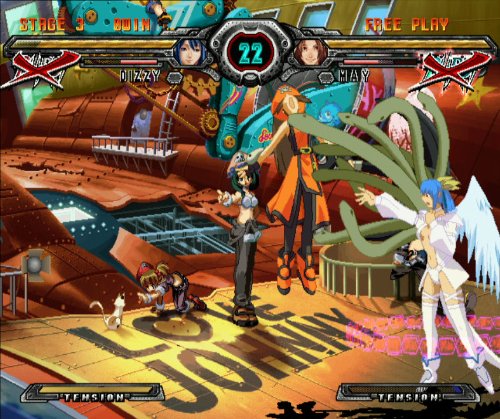 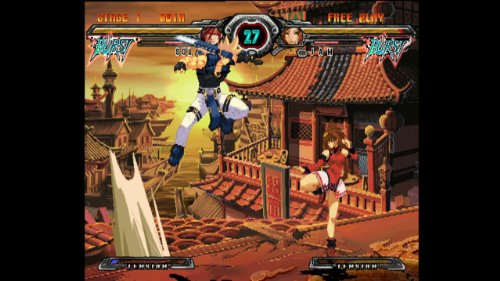 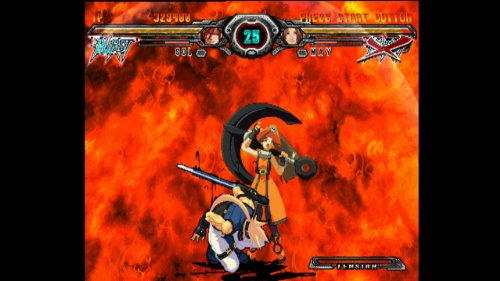 First launched in 1999, Guilty Gear is a 2D-fighting game developed by Arc System Works, known for High-res graphics; fast, screen filled action and wild heavy metal-inspired characters and music. Set on a fictional universe where biological weapons were developed called Gears. Worldwide sales of over 1.7 million units, the Guilty Gear series is an acclaimed worldwide hit. And still has a tremendous following amongst end users achieving consistently high review ratings. Latest edition scores an impressive 83% in Reviews.
The fighting franchise that launched a new style of fighting game is celebrating its 10th anniversary with the most complete version ever. Follow the stories of crazy combatants and dish out mind-numbing insane combos the series is known for. Discover back story to all of your favourite characters in the Guilty Gear mythology, with fully voiced dialogue.
Features: Range of all-new moves, including the Force Break, a special move which consumes 25 per cent of the Tension Gauge when used and Slashback, a form of parrying with reduced block stun. There are even moves which make opponents stick briefly to walls or slide across the floor of a stage! The return of fan favourites Justice and Kliff Undersn in the cast of 25 playable characters including 2 new characters, A.B.A and Order-Sol who have never been seen outside of Japan. Characters have new moves and an alternate unlockable EX version of each. This classic fighting system returns along with new stages, characters, graphics, voices and the ability to create matches between old and new characters in the Generations Mode. Complete Series Storey Mode is created both for those new to Guilty Gear and hardcore fans. Discover the back story to all of your favourite characters in the Guilty Gear mythology, with fully voiced dialogue. Extended Modes: Create a three-man team in Versus Mode to find out which characters are the ultimate Guilty Gear team-up. Level up your character’s abilities and traits in the re-tuned Survival Mode.